Chiropractic Can Prevent Back Pain

Chiropractic Can Prevent Back Pain

Back pain is a very common condition, affecting one out of three adults. Experts estimate that chronic back pain costs the US about $100 billion each year in direct and indirect costs. 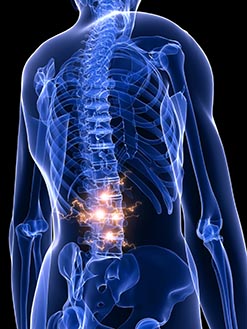 As with all health issues, it’s better and easier to prevent back pain than it is to treat it after it occurs. A recent study set out to see if chiropractic was effective in treating chronic low back pain and preventing flare-ups in the future.

The authors studied 30 patients who had back pain for at least six months. All patients were subjected to a one-month control period that consisted of no treatment. This was included so that the researchers could observe the natural course of the back pain symptoms.

The authors found that both groups experienced a dramatic reduction in pain from the treatments that lasted during the entire study period. The patients who received continuing care, however, had significantly reduced disability from their back pain, while the patients who received the initial care with no follow-up had their disabling symptoms return to pre-treatment levels.

The authors conclude that chiropractic is effective at relieving pain and keeping your back healthy over the long term. If you or someone you know is suffering from back pain, give us a call us at for an appointment.